Listen here for FREE!
You can also find us at your favorite online music retailer or streaming service.

The Ride Into The Future Continues...
Welcome to a journey into the future with The Norris Brothers Band across America's historic Route 66, where we've finally figured out how to live in harmony with each other and Mother Earth. The journey begins with a nostalgic "Ride On Route 66", then lands us in the future with  "Route 66 Is Alive Again!" On this second track, we've made it to a future with a booming Green-energy-based economy, electric Harleys and a high speed maglev train that brought Route 66 back to life! With the release of the third single "Ease The Disease", we discovered the cause and cure for disease. On the latest release, "The Owners", the plot thickens, and we discover the real enemy that has kept us separated, to prevent us from reaching our true potential. The Route 66 album will continue with signature Norris Brothers feel-good tunes, and will be released one song at a time as the ride and the stories unfold, with a full album release at the end of the journey. Join us.
Take The Ride!

Welcome to a journey into the future with the Norris Brothers Band across America’s historic Route 66. On the latest release, the plot thickens, and we discover the real enemy that has kept us separated, to prevent us from our reaching our true potential. The Route 66 album will continue with signature Norris Brothers feel-good tunes, and will be released one song at a time as the ride and the stories unfold, with a full album release at the end of the journey. Join us!
Take The Ride!

the young folks tried to change the world
when i was just a boy
with peace and love and music
and truth and hope and joy
but The Owners thrived on makin' war
and sellin' poison from the ground
so they came up with an evil plan
just to shut those hippies down
they bought up all the media
just a little more each year
to control the information
that we read and see and hear
they knew that thoughts turn into things
that create the world we see
so they filled our heads with sad ideas
to fuel our C.T.D.
they gave us bad songs on the radio
and reality TV
to split us up and bring us down
and keep us on our knees

after all the years of planning
The Owners got their way
they had sixty million voters
who'd do anything they say
now The N.Y.A. weren't evil
it was like they were asleep
they ignored the truth and let the owners
lead 'em 'round like sheep
they had their own news channel
and they made up their own facts
they were not constrained by reason
or by science or by math
The Owners said religious words
to keep 'em all in line
to make 'em feel self righteous
and to fill 'em up with pride
some were friends and family
and the people that we loved
so we had to save 'em from themselves
while we tried to wake 'em up

with The N.Y.A. addicted
to reality TV
it was time to send The Chosen One
it was easy as could be
they put that little orange clown
inside the big white house
to spread lies and confusion
and hate and fear and doubt
that clown was just an actor
and I'd seen his kind before
he was there just to distract us
while The Owners grabbed some more
they bought themselves some congressmen
and judges and the like
they did everything they could
to take away our voting rights
while the clown danced for The N.Y.A.
and the congress fought like fools
our daughters starved themselves to death
and our sons shot up the schools

well the clown had done some damage
and our hope was runnin' thin
we had The N.Y.A. outnumbered
but we knew we had to win
then The Owners got too greedy
and they pushed it way too far
they woke the sleeping giant
it was time to go to war
the young ones finally had enough
the truth had to be known
and they had their own media
that The Owners couldn't own
and though they thought they'd done enough
to take away our voice
The 7B lined up for miles
to register our choice
and the young folks changed the world again
like when I was a boy
with peace and love and music
and truth and hope and joy 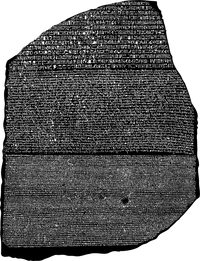 The Owners
A group of wealthy people that considered themselves to be the owners of Planet Earth and all of its resources, including its human resources. Not all wealthy people were Owners. Wealth was not the problem. Greed was the problem. They would stop at nothing to acquire more wealth and power, even at the expense of destroying the Planet that sustains all of our lives.

C.T.D.
Compulsive Thought Disorder, in your very-near future, will become the most commonly diagnosed disease, and the main underlying factor in most other diseases. Symptoms include, the inability to stop your thoughts, the inability to choose what you think, the belief that you are what you think, and anxiety and depression. Almost all humans were afflicted with C.T.D. to some degree. The Owners knew that sustained thought creates reality, so they used the media to inject destructive thoughts into our C.T.D loops, like a virus, to create a world of their choosing. They used our thoughts to create their world! Their main objective was to keep us divided, and anxious and depressed, so that we wouldn't wake up and realize, that there were seven billion of us, and we could change it all, anytime we wanted.

The N.Y.A.
The Not-Yet-Awakened, were the roughly sixty million followers of The Owners, that had succumbed to C.T.D. programming. They were hypnotized to the point of not being able to see The Truth. They were not capable of being persuaded by reason, or science, or math, or any empirical evidence. They had their own news networks, and they made up their own facts to prove whatever The Owners told them was real. The called them alternative facts, or alternative reality. The 7B had to protect the N.Y.A. from themselves while we tried to wake them up to The Truth.

The 7B
The Seven Billion were the normal, civilized, peaceful and loving citizens of the The Earth. We were basically good people, that just wanted to work, provide for our families, be kind to other people and The Earth that sustains us, and enjoy our journey through this life. We were also afflicted with C.T.D., but were still capable of seeing The Truth, through the lies of the owners. When a critical mass of us were finally Awakened toThe Truth, we changed it all for good.

The Chosen One
The Owners grip on The N.Y.A. was so powerful, that they were able to use their votes, to make a profoundly unqualified, reality TV actor, the most powerful man in the free world! They used him, along with other legislators that they had purchased, to spread lies, confusion, hate, fear and doubt, to prevent the 7B from awakening to The Truth. They almost succeeded...

Thanks For Your Support!

Enter the amount you wish to donate

DISCLAIMER
Those of you, who have been with us for awhile, have come to expect a high level of “feel-good” from Norris Brothers music, and we intend to continue that tradition. That’s what we do. This stretch of the ride through the future on Route 66, however, is going to get a little bumpy. You can’t have a good adventure without some dragons to fight, right?
In this politically polarized environment, out of respect for those whom you may associate with the band, we feel that it is appropriate to issue the following disclaimer: The Route 66 album has been written and performed solely by Mitch and Kevin Norris, with the help of some studio session talent. The views expressed in this album are not necessarily the views of any past, present, or future band members, studio session talent, or our families, or even both of the Norris brothers.
The Route 66 album is just a fictional story, told by fictional characters, traveling through a fictional future. We hope you will find some real truth and real hope in their fictional journey. Peace.